The Stud Services here at Northeast Cape Fear German Shepherd Dogs will come with a written guarantee. We usually ask the price of one puppy or $1,200, which ever is greater, as a stud fee but, we do reserve the right to pick of the litter.   If you leave your female with us for breeding purposes there will be a $15.00 per day fee to paid upon picking up regardless if a breeding take place or not. 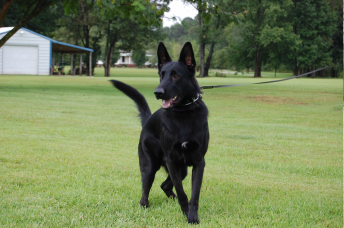 Cujo is Yoda & Ziva's son.  He was the only surviving puppy from his litter.  I decided I should keep him because  Yoda isn't a spring chicken anymore.  He's extremely smart  and full of energy.  He loves to play throw the tennis ball, Chase the red dot light, and he's been working on learning obedience,protection, and bite work.  Cujo is well built and strong dog. 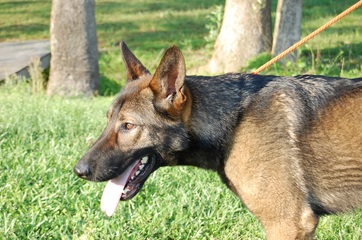 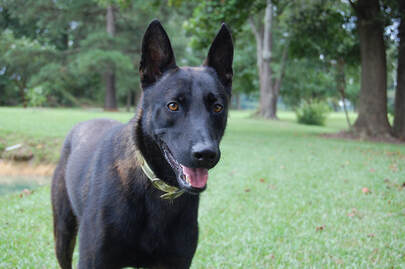 Little-man Echo as you can tell by looking at him is NOT a full blooded German Shepherd.  Echo is actually a mix breed working dog.  He is half Dutch Shepherd and half Belgium Malinois .  Echo was brought into our breeding pool to add a little more work ethic and athleticism to our dogs.  Echo is by not a mean dog at all.  He is actually a bit shy but his prey drive is through the roof!  Once he latches onto something there is no turning it loose!